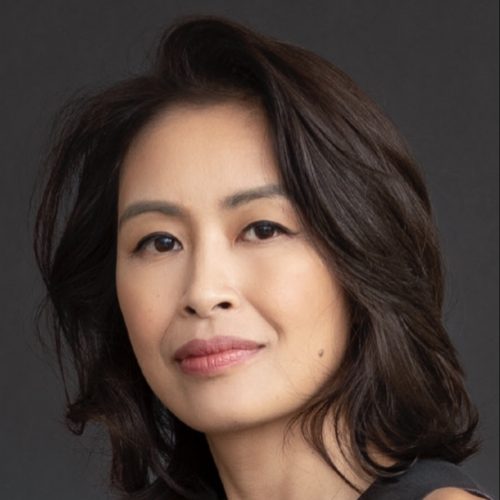 Angie Lau is an award-winning global journalist and business thought leader based in Asia’s most dynamic business hub Hong Kong, and co-founded Forkast.News — a digital media platform that focuses on all things blockchain, where she is Chief and Lead Anchor. She is a professional emcee, moderator, and sought-after speaker at top financial, leadership, economic and blockchain conferences in the world.

Angie was most recently was one of Bloomberg Television’s key anchors. She is also a renowned speaker, and shares her talents with AAJA Asia Chapter, FCC, The Women’s Foundation and other organizations where she serves as mentor and advisor.  Angie currently serves on the Executive Committee, Canadian Chamber of Commerce Hong Kong and on the Board of AAJA Asia. Angie has given speeches and leadership talks to groups such as The Women’s Foundation, Harvey Nash Women’s Directorship Program, and Pinsent Masons. She has media trained and helped framed strategic communications for CEOs and founders of startups to high-level executives from Walmart, UBS, Li Ka Shing Foundation, Horizons Ventures, and others. Her TEDx Talk “I Am Not Supposed to Be Here” was turned into a TED Ed Lesson for its global audience of 6.7 million followers.

She is a valued past Correspondent Board Governor at the Foreign Correspondents Club of Hong Kong, and she serves on advisory board for JMSC at HKU. As such, she remains an influential voice among international media colleagues and peers in the APAC region and abroad.

All Sessions by Angie Lau