went into its third day on Wednesday with over 350 registered participants gathered online, reimagining news over a full week of programming from August 2 – 7.

We will be sending a daily newsletter with some conference highlights and tips to make the most out of the event. In this issue, we report on a panel that discussed the role of journalists amid anti-Asian sentiments, and a cybersecurity workshop on privacy protection for journalists. We wish you a good read and a great conference ahead! 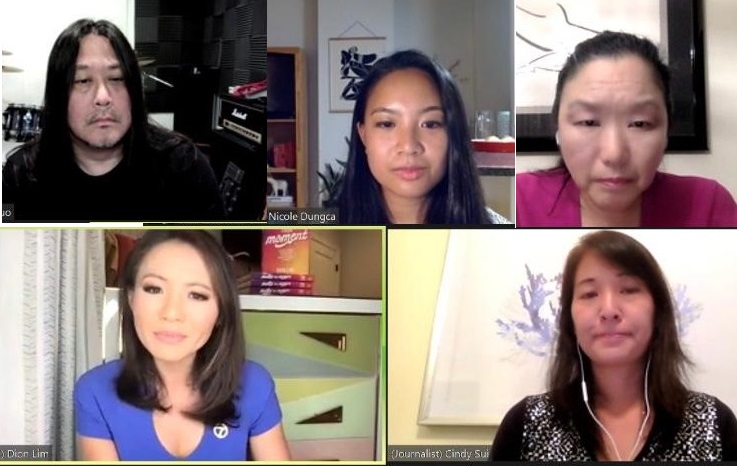 The Role of Journalists amid Anti-Asian Sentiments

Journalists played a key in role reporting stories on xenophobic issues after the pandemic accelerated the hate and discrimination against people of Asian descent, especially in the United States.

Having grown up in Oakland, Calif., and based in Asia for more than two decades, Cindy Sui, BBC’s Taiwan correspondent, is not unfamiliar with racism. As videos of anti-Asian violence start to circulate within the community, Cindy then decided to localize the story. People in Taiwan were concerned about the situation in the US as loved ones both work and study there. She obtained an official response from the Taiwanese foreign ministry in condemning these acts of violence and expressed condolences to the victims and their families — a strongly worded statement advocating tolerance and pluralism. Cindy filed a story on the Taiwanese official response with the BBC that was later picked up by local Taiwanese media outlets.

ABC7 News Anchor Dion Lim, who moderated the session, remarked that representation matters only when one does something with it. Nicole Dungca, investigative reporter at the Washington Post, agreed.

“We have to put out advisories: pay attention to what we are seeing. Let us pay attention to these trends. This is partly why representation matters, where our life experiences as AAPI journalists become part of the expertise,” Nicole said.

Linda Akutagawa, President and CEO at LEAP (Leadership Education for Asian Pacifics), said that having leaders within the newsroom and its management level is also important. “We need leaders from our AAPI community to advocate and support stories reflecting our communities — speaking up for them as well. How do we bring forward our culture and identity in a more prominent way than we have done previously?”

Meanwhile, Kaiser Kuo, Co-founder and Host at Sinica Podcast, said that China’s rise as a global power has some Americans feeling uncomfortable, and some have openly displayed their unhappiness, while Asian Americans seem reluctant to frame circumstances in the same way. “Sometimes for good reasons, while we do not want to prevent ourselves from being able to criticise the actions of the Chinese government, we also do not want things to end up rebounding and hurting Asian Americans, especially of East Asian descent.”

Ela Stapley taught a workshop on how to protect private information online as a journalist.

Stapley is a digital security consultant with the International Women’s Media Foundation (IWMF). She emphasised that there is no one-stop solution, but the need to change day-to-day practices of how we communicate with sources, what we publish, and where we store our data.

At the beginning of the workshop, Stapley invited participants to look up their names on Google and ask themselves how happy they are with the information that is publicly available.

She talked about the risks associated with private information in the hands of malicious actors and gave tips on how to delete data that is no longer needed such as old chats or tweets and what tools are best for two-factor authentication. 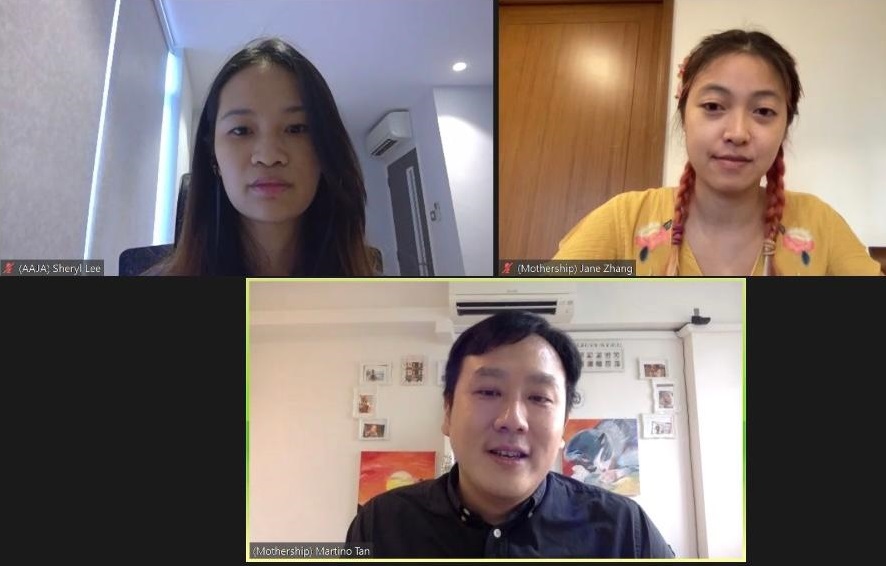 In an intimate and interactive lunchtime session with N3Con attendees, Mothership’s co-founder and managing editor Martino Tan alongside columnist Jane Zhang shared about their day-to-day workflow (read: group chats), the importance of social media as a digital-only media, and the prevalence of TikTok in the relatively younger newsroom. 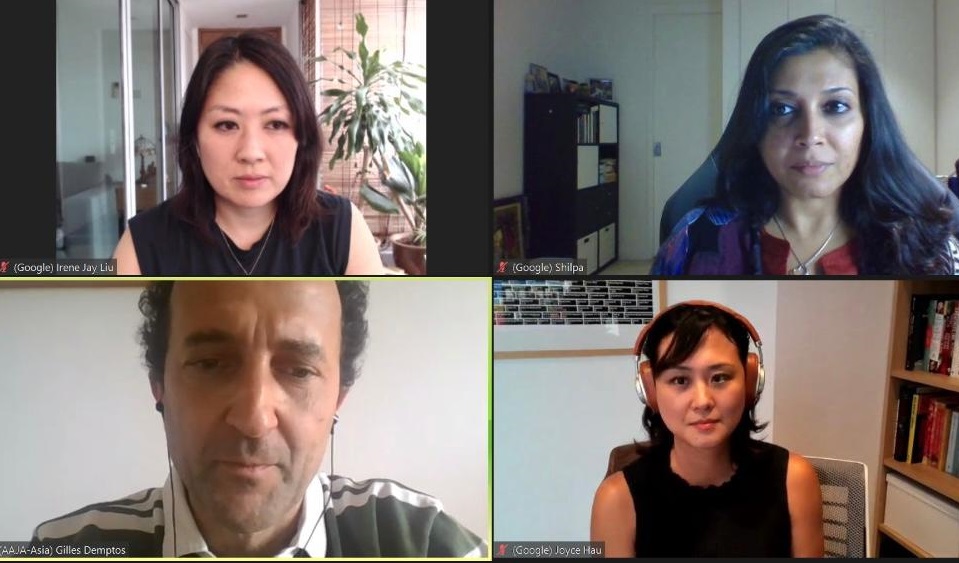 After work with Google

As Google continues to grow and develop its technology, the Google News Initiative team is working hard to ensure that journalists continue to be well equipped with relevant tools to boost their reporting, speakers at the after-work session said. Irene Jay Liu, news lab lead for Asia Pacific, shared that one of Google’s major programs is to help train journalists. AAJA-Asia is currently GNI’s partner for training journalists across the region. Joyce Hau, news partnerships at YouTube APAC and Shilpa Jhunjhunwala, South APAC head for news product partnerships also shared other tips with attendees. 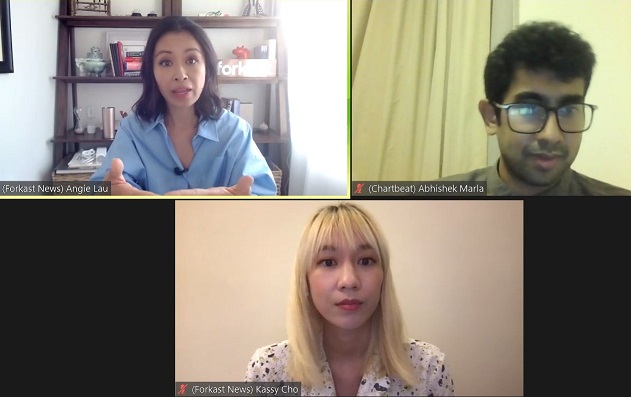 Data Tools for the Modern Journo: How it can elevate your reporting

To cap off a busy day of programming, Kassy Cho, Head of Social Media & Audience Development at Forkast.News and Abhishek Marla, Customer Success Manager at Chartbeat shared how they each use data in order to understand audience engagement with news. The session, moderated by Angie Lau, founder and CEO at Forkast.News, touched upon experimenting with different forms of content to grow news organization’s social media accounts, increase readership via newsletters and visual content, as well as how to best convert casual site visitors to subscribers. Data can be a tool in every newsroom’s arsenal if used right, the speakers showed. The session was very engaging for N3Con attendees, and even extended to the N3Con coffee break room when the panel hit its time limit.