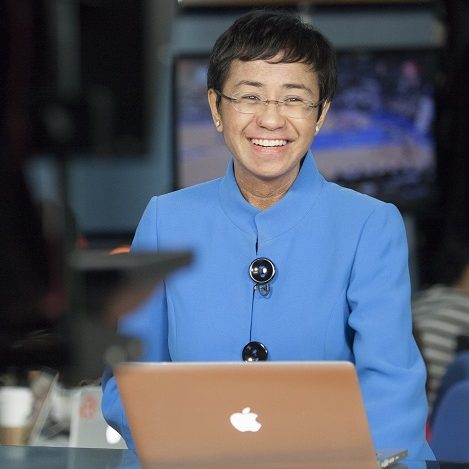 Maria Ressa, the co-founder of Rappler – a popular digital news site that is leading the fight for press freedom in the Philippines – will deliver a keynote speech at the New.Now.Next Media Conference (N3Con 2020) on August 28. Celebrating its 10th year, the online conference is hosted by the Asia Chapter of the Asian American Journalists Association.

Rappler’s executive editor and CEO, Maria has endured constant political harassment and arrests by the Duterte government, as well as forced to post bail eight times to stay free. Rappler’s battle for truth and democracy is the subject of the 2020 Sundance Film Festival documentary, “A Thousand Cuts”. For her courage and work on disinformation, Maria was named Time Magazine’s 2018 Person of the Year, was among its 100 Most Influential People of 2019, and has also been named one of Time’s Most Influential Women of the Century.

2020 has been an extraordinary year — and journalists have done extraordinary work to report on the greatest global crisis of our generation. From overrun emergency rooms to streets filled with tear gas, journalists have needed to adapt and innovate to tell crucial stories from #TheNewFrontlines – N3Con’s theme this year.

N3Con’s registration is now open and tickets are available from only $10 USD. Get your tickets now!.