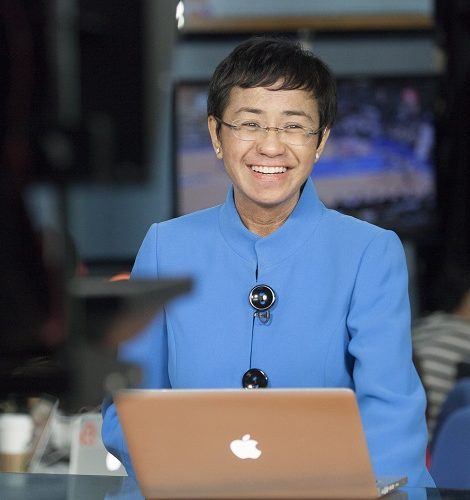 Maria Ressa has been a journalist in Asia for nearly 35 years. As Rappler’s co-founder, executive editor and CEO, she has endured constant political harassment and arrests by the Duterte government. For her courage and work on disinformation and “fake news”, Maria was named Time Magazine’s 2018 Person of the Year, was among its 100 Most Influential People of 2019, and has also been named one of Times’ Most Influential Women of the Century. She was also part of BBC’s 100 most inspiring and influential women of 2019 and Prospect magazine’s world’s top 50 thinkers, and has won countless awards for her contributions to journalism and human rights.

Before founding Rappler, Maria focused on investigating terrorism in Southeast Asia. She opened and ran CNN’s Manila Bureau for nearly a decade before opening the network’s Jakarta Bureau, which she ran from 1995 to 2005. She wrote Seeds of Terror: An Eyewitness Account of al-Qaeda’s Newest Center of Operations in Southeast Asia and From Bin Laden to Facebook: 10 Days of Abduction, 10 Years of Terrorism.

All Sessions by Maria Ressa