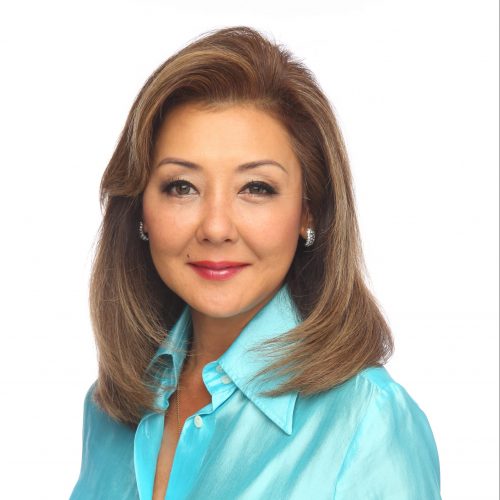 Lorraine Hahn most recently presented CNN International’s regional chat show, Talk Asia, and was Anchor of CNN’s long-running TV program Biz Asia. She is one of the most prominent journalists today with a strong understanding of Asian economic and political issues. Prior to joining CNN Lorraine worked as Anchor/Editor for CNBC, hosting its flagship programs, NBC Asia’s Nightly News, Business Tonight, and The Winners.

As an experienced moderator, interviewing business leaders, heads of state and other personalities she was named “highly commended news presenter/anchor” at the Asian TV Awards in December 1999.

Lorraine also worked on producing her own television show, Earth Factor Asia, which is a solutions-based environment show focusing on Asia for the PBS network in the United States.

She has been called upon to be Master of Ceremony and Chairperson of various major events that include the APEC Economic Leaders Meeting, APEC CEO Meeting, The Global Leadership Forum, the ADB Journalism Award, The Asian Financial Forum, and many others.

Lorraine has also been a media trainer for banks and multinationals such as Deutsche Bank, Microsoft, Accenture, Flextronics to name a few.

Lorraine attended the University of British Columbia, Vancouver, and has lectured at the Hong Kong and Tsing Wah Universities on Journalism and media.

All Sessions by Lorraine Hahn