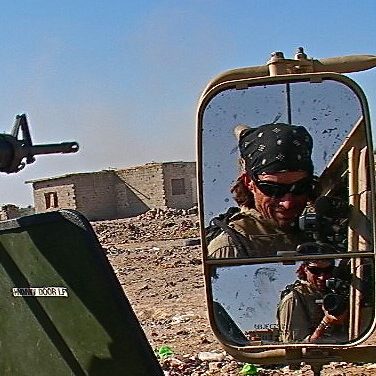 In his groundbreaking Hot Zone project, he covered nearly every war in the world in one year earning multiple awards, including the 2006 Daniel Pearl Award for Courage and Integrity in Journalism.

He’s the author of three books on war, all published by Harper Collins imprint, Harper Perennial. They include Swimming with Warlords: A Dozen-Year Journey Across the Afghan War, In the Hot Zone: One Man, One Year, Twenty Wars and The Things They Cannot Say: Stories Soldiers Won’t Tell You About What They’ve Seen, Done or Failed to Do in War (for which he recently narrated a digital audio version for Recorded Books.)

In 2010, Sites was chosen as a Nieman Journalism Fellow at Harvard University and in 2012, he was selected as a Dart Fellow in Journalism and Trauma at Columbia University.

He’s currently an Associate Professor of Practice at the Journalism and Media Studies Centre at the University of Hong Kong as well as contributor to many print and online publications including, Vice Magazine, Aeon, Men’s Health, Parade and Salon

All Sessions by Kevin Sites