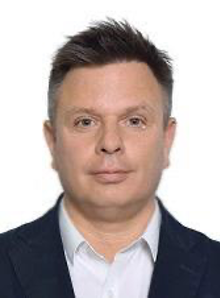 Kevin has worked for Reuters for 23 years in Tokyo, Los Angeles, Detroit and Washington. He is currently based in Singapore as Reuters Asia News Editor.

Before joining Reuters, Kevin spent six years as a markets and economic policy reporter at Knight Ridder and became Tokyo bureau chief there in 1995. He was part of the team that launched a widely tracked and still-running survey of Japanese corporate confidence.

He joined Reuters in 1996 as a producer for what was then Reuters Financial Television and became Asia editor for that service.

In 2000, Kevin was named West Coast companies reporter for Reuters based in Los Angeles. In 2006, Kevin returned to Detroit, his home town, as bureau chief. In 2008, he was one of the team of reporters who won a SABEW “Best in Business” award for coverage of GM’s merger talks with Chrysler. A profile of Bill Ford was selected for “Best Business Writing 2012” by Columbia University Press.

From 2012 to 2015, Kevin oversaw Reuters coverage of Japan as Tokyo bureau chief. During his time there, the team produced investigations on labor conditions in the cleanup after the Fukushima nuclear crisis, the use of asylum seekers in Subaru’s supply chain and Takata’s crisis with deadly airbags. The Japan bureau’s coverage of the Bank of Japan recognized for excellence by the Society of Publishers in Asia.

Kevin graduated from Harvard University and has a master’s degree from the University of Michigan. He is proficient in Japanese.

All Sessions by Kevin Krolicki