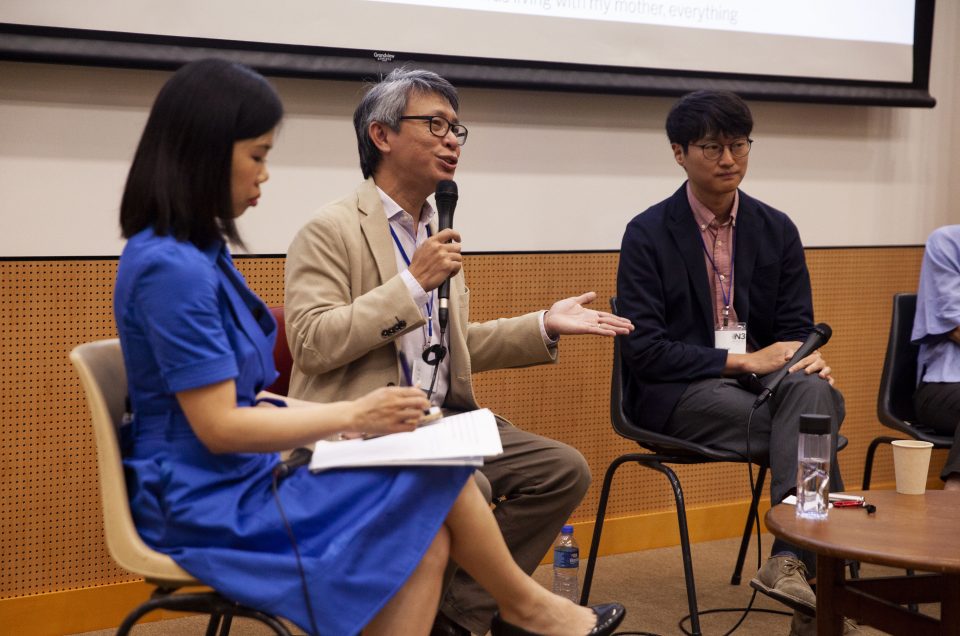 The deadly Tiananmen Square protests — with pro-democracy demonstrators demanding freedoms including freedom of the press — have became one of the most censored topics online in China. Thirty years later, days before the anniversary of the massacre, a panel of journalists agreed that the state of press freedom in Asia is still chilling.

From branding journalists as “destabilizers” in the Philippines to a controversial extradition bill that could threaten journalists in Hong Kong, a panel at AAJA-Asia’s N3Conference examined issues that are undermining press freedom in Asia today.

For one, the controversial government-backed extradition bill in Hong Kong — described by the government as a fugitive transfer bill — has alarmed journalists. If passed, the bill could allow China to extradite journalists from Hong Kong to the mainland, warned the Hong Kong Journalists Association. The organization plans to stage a mass demonstration against the bill on June 9.

“Whistleblowers will disappear immediately because nobody will take the risk [of being extradited to China],” Yam predicted. There’s already a history of the government trying to hinder reporters — the vice chairperson for the HK Journalist Association explained that 10 years ago police officers raided the hotel of a journalist who wanted to interview a dissident after alleging drug possession to justify a four-hour search of her room.

Grundy also pointed to Hong Kong publishers who have been plucked from the city, only to re-emerge on the mainland, where they confess to crimes on television.

“Once you start to fear, then you’re gone. … Once the law is there, then there will be enough fear to shut out most of them [journalists],” Yam said.

With the conversation around the extradition bill comes the issue of self-censorship. Journalists — consciously or unconsciously — may fear repercussions from the increasing crackdowns on press freedom. “When there’s self-censorship, people tend to act more conservatively,” Grundy said, explaining that it causes reporters to avoid critical topics like Tibet, Taiwan or Tiananmen.

That issue isn’t limited to reporters, Yam said. Potential newspaper donors or subscribers who own major business in Hong Kong very well may also own businesses in mainland China, she pointed out, asking, “Would [they] dare to donate to Tom [Grundy’s Hong Kong Free Press]?”

The dangers to press freedoms are often born not from authoritarian regimes, but from democratic countries, Reporters without Borders’ Alviani said. Governments that seek to threaten press freedoms are emboldened by other world leaders who insult and delegitimize journalists in their own countries, he said.

“When [U.S.] President Donald Trump is attacking, casting doubt on the work of journalists, it is an encouragement to every dictator to do worse things to journalists,” Alviani said. In Southeast Asia, many countries that are democracies are adapting regulations that harm the freedom of the press, he said. Social media in countries such as India and Myanmar are accused of unwittingly supporting the distribution of hate speech that leads to murder. The spread of such misinformation or “fake news” creates distrust of media, which makes it “very easy to manipulate [people],” he said.

In the Philippines, one politician labeled journalists as destabilizers. And online trolls — who follow the example of leaders, including politicians — send journalists messages that threaten them and their relatives, ABS-CBN’s Sepe said.

In Seoul, an AAJA member was attacked online earlier this year for her coverage of the government. (The panel did not mention her name to protect her privacy.) After the reporter wrote a story about South Korean President Moon Jae-in’s North Korean policy, one politician referenced the article as an attempt to criticize the president. Once the reporter’s identity was uncovered and publicized, messages online threatened her and her family. A spokesman for the ruling party publicly targeted her by name and used a phrase first used online, “a black-haired foreign reporter.”

Zastrow explained that derogatory phrase was used “to imply that she’s a Korean foreign reporter and therefore not truly a member of the foreign press so you can’t take [her story] at face value, which is insulting to many Korean reporters who are member of foreign press corps based in Seoul.” The government, he said, was essentially warning reporters to stay in line.

AAJA-Asia and its Seoul subchapter and the Seoul Foreign Correspondents’ Club both issued statements warning that the government criticism threatened press freedom.

After local outlets started to report on the incident and the statements, the ruling party issued a “non-apology apology” and removed the reporter’s name from their website, Zastrow said. Though the ruling statement’s note itself was a small victory, Zastrow described the content as “demoralizing” and “full of caveats.” He said that he hopes other AAJA chapters can learn from the incident, encouraging AAJA journalists who may face similar threats to reach out to allies such as local Foreign Correspondents’ Clubs.

Despite the threats, journalists across Southeast Asia are still doing their day jobs: reporting. For Sepe, one story in the Philippines that couldn’t be ignored: five to 10 bodies cropping up daily.

“If this is happening, this is the kind of story that gets to be your top story every day,” Sepe said. “Human rights are probably being violated and that’s our job as journalists to find out what’s below these stories, what’s beyond the surface of these stories.”

He pointed to Maria Ressa, CEO of independent news website Rappler, whose organization has aggressively covered the country and who is facing several libel charges. A review of his own organization, ABS-CBN News, is due in 2020. Although Sepe said that he and his colleagues are unsure about what will happen after the review, he said it’s important to continue to push aggressive coverage in the region: “If you are free to practice press freedom, why lose it?”

But the panel still found some optimism about press freedom in Asia. The tools that journalists use to cover these countries have been democratized. They are cheap and available online. Grundy pointed to websites like Malaysiakini in Malaysia and New Naratif in Singapore as evidence of successful grassroots journalism initiatives. Alviani agreed, highlighting the potential of small, non-profit news organizations. So, what’s next for the future of journalism in Asia? Chin thanked the panel for their bravery and persistence, and then turned to the audience, joking: “Start your own media company.”

Julia Munslow is a 2019 N3Con Fellow. She is currently working as a 2019 Fulbright grantee in Malaysia, where she is teaching English to secondary school students. Her work has appeared in Yahoo News and The Emory Wheel. You can follow her on Twitter and Medium at @juliamunslow.