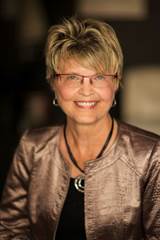 As a long-time foreign correspondent and editor, S.K. has taken on Asian leadership roles at The Wall Street Journal and The New York Times.

Before joining The New York Times in 2013, where she was Deputy Asia Editor and News Editor of the International Edition until April 2018, S.K. was a senior editor and writing coach at the South China Morning Post in Hong Kong.

She is immediate past chair of the Editorial Committee of the Society of Publishers in Asia, an advocate for press freedom and excellence in journalism, including overseeing annual awards that are regarded as the Pulitzer Prizes of the Asia Pacific region.

A native of Monroe, Georgia, S.K. is a graduate of Davidson College and the University of Missouri School of Journalism. She is a 2018 recipient of the Missouri Honor Medal for Distinguished Service in Journalism.

All Sessions by S.K. Witcher