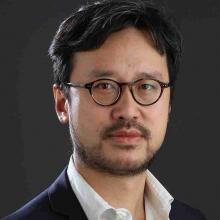 Chung Yan CHOW is the Executive Editor of the South China Morning Post, overseeing coverage of key Hong Kong, China, and international stories for both the print and digital platforms. He also manages the photo and graphics departments. As a reporter, Mr Chow covered many landmark events, such as the 2003 SARS outbreak, bird flu, and the Chinese top leadership change in 2007. He was previously the SCMP’s Chief News Editor and China Editor before being promoted to his current position.

All Sessions by Chow Chung-yan